It appears that we’re living in a time that’s increasingly controlled by people who tell us we need to shut ourselves off. We need to close our borders, lock our doors, buy guns, build walls, trust nobody.

It appears that we’re living in a time that’s increasingly driven by a media that happily feeds our insatiable hunger to confirm what our inner demons want us to believe – that the world is a dangerous and violent place, that people are out to get us, that everyone else is crazy, and we are only safe with ourselves.

It appears that we’re living in a time of fear.

But behind appearances often lies a very different reality.

Over the last year we traveled from New York to Argentina, passing through 14 countries along the way. In the past two years we’ve traveled through 35 different countries, filling our passports beyond capacity. In that time we’ve met people from all walks of life.

We’ve shared fresh tomatoes with Kazakh and Russian families who were split apart by borders when the Soviet Union fell. We’ve made maiz tortillas with Guatemalan campesinos who had once made the perilous journey across the US border to give their children a better shot at life. We’ve had pizza and vodka with Turkmen chefs who were wiling to risk their lives to cook dinner for a few hungry Americans. We’ve chewed coca leaves with Bolivian quinoa farmers while listening to T.I. rap on the radio. We’ve worked the land of an organic farm in El Salvador with a family that fought a guerrilla Civil War against US-backed government forces.

Before a big trip into unknown lands, it’s natural to be scared. The night before we drove across the US-Mexican border, the only emotion we were feeling was terror.

But as things turned out, appearances were different than reality.

Now, as we end our trip – we’ve sold our car, booked our tickets and packed our bags – if there’s one thing we’ve learned, it’s that people are good. We’ve learned that when you keep your heart open, the people that populate this planet will surprise you in fascinating and beautiful ways, time and time again.

We’ve been trained from a young age to mistrust strangers, an attitude which served us well when we were five years old but not so much anymore.

Once you shed that fear, once you learn to trust your intuitions, to have the courage to expose yourself and be vulnerable, even if that means creating the possibility for something unwelcome or unpleasant, the potential of the world becomes infinite.

In a time when it appears like the only safe option you can choose is fear, remember that it’s just an appearance. There’s always a choice.

You can still choose love. 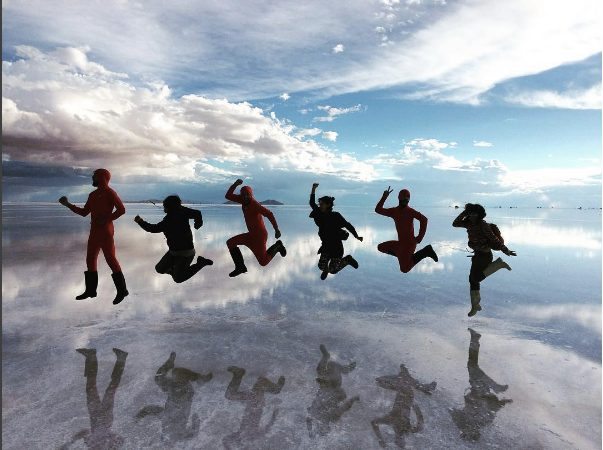